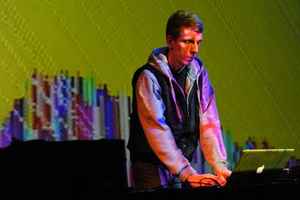 Real Name:
Stefan Senf
Profile:
Noize Creator's first steps into music production were back in 1991 while he was trying to mix music and do tracks with 2 tapedecks. Soon after, he got interested in techno, and started djing at illegal parties. In 94 he bought his first equipment and started to focus on music production more professionally. His tracks were getting harder and faster, and by the end of 94, he had released his first recordings on Juncalor Records, his own Brutal Chud label, Rage Records, Blood n Guts, Killing Rate and Surgeon16. In early 98 he released "kingz of noize" on the midwest Drop-Bass sublabel SixSixtySix. He also started another label, Suburban Trash Industries. Since then he has put out many important electronic records on his label. Noize Creator has been released on; active underground, ambush, appareil, bass2 records, boneheddz, conceptual chaos, hangars liquides, human error, kill out, quarz music, sixsixtysix, trackless, war of nerves, and zod.

February 26, 2021
Noize Creator was a very important figure in the early Hardcore, Speedcore and Terror scene. He was on par with other legends of Extreme Hardcore such as DJ Freak, Nawoto Suzuki or Skullblower, and spread his music on many labels all around the world. An influence on many other artists to come.

Later, he also became also influental in the evolving Breakcore and Experimental scene, but this mix focuses more on his early works. Stylistically, these tracks show concepts that later become standard in Extreme Hardcore, such as the reduction to the bare essentials of Gangster Movie samples, Thrash and Death Metal Guitars, the odd Pop or Cheesy sample thrown in (but rarely), and of course severely distorted Drums and Percussion, often at high tempos.
Reply Notify me Helpful