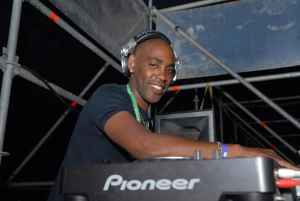 Real Name:
Trevor Rockcliffe
Profile:
His first love is Djing. Back in the mid 80's it started off with a love for collecting and listening to Soul, Jazz, Funk, Electro and Rare Groove records and soon became a hobby, playing at a small club called Zigis in London. His influences include Tom Brown, Grover Washington, Pleasure and Earth, Wind and Fire and this is reflected in the soulful touch he adds to his music. DJing eventually turned into a career for him and he made his name with a residency at 'Troll' club in London in the early 90's. From this point on there was no looking back and with a passion to entertain and educate, Trevor went on to gain Djing global notoriety that has taken him around the world to the world's leading clubs such as Dorian Gray/ Tresor (Germany), Industry (Canada), Twilo (New York), Dance Valley (Holland), Fuse (Belgium), to the well known Festivals such as Love Parade, Dance Planet, Tribal Gathering and Homelands.
Sites:
instagram.com
Aliases:
Glow (8)
In Groups:
Black & Brown, D & T, Destination
Variations:
Viewing All | Trevor Rockcliffe
Rockcliffe, T. Rockcliffe, T.Rockcliffe, Trevor Ratcliff, Trevor Rocklife, Trevor Rockliffe, aTrevor Rockliffe

One of my main influences as a DJ and producer. I picked up his Influx EP a year or so after I first took up the decks, was hooked by the tech-house sound and have been a fan since. Trevor's mix CD, Influence, is piece of work that really should be heard by all fans of driving, funky tech-house music.

Not only is the man quite the techno producer, with his tracks being remixed and played by the likes of super DJ Carl Cox, but he's one down-to-earth dude. I contacted him awhile back via e-mail (which I've also attempted to do with other producers and DJs I like) and he's been the only "big-name" to ever give me the time of day and respond at length to my e-mail. Quite a nice guy and humble to boot!

Props to you Mr. Rockcliffe. You've established a dedicated fan for life.

December 7, 2003
My fave producer. Rockcliffe sits on the line between House and techno perfectly, which is great for long sets using both styles. Also a wicked DJ too !!!
Reply Notify me 3 Helpful