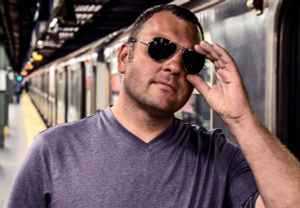 January 15, 2017
My favourite trance producer has sold soul. He was an icon. "Legendary" M.I.K.E. has gone. Lucky i have hundreds of his bangers ;)
Reply Notify me Helpful

What the Fuck happened with the trancemaster?!?!?! Nowadays he sounds like a commercial fool. Please clean up your name again!

March 2, 2015
He was a god of cyber /progressive/ tech - trance scene.master of intelligent sounds and proudly product of belgium trance scene alongside with names like fred baker, l-vee, yves deruyter, mr sam, jonas steur.until 2006 he was very innovative and smart producer, but now he's only a another producer of boring something like post-trance.such a shame...
Reply Notify me 2 Helpful

September 26, 2014
Mike's classic period was 1998-2003, a very distinct sound I used to call Cybertrance (by sound alone, I did not mean to reference Blue Alphabet).

His sound was futuristic, spacey, robotic, mechanical. It touched my soul.

His melodies could be dark or uplifting, but they would always grab my attention.

I stopped listening to him after he started making the typical progressive sidechain electro sound, as I found that I could no longer tell it was actually M.I.K.E. who was making the music.

It all sounds the same now!

Hit me up if he goes back to the old sound.
Reply Notify me 5 Helpful

December 27, 2012
He was a legend. He WAS. The year 2012 was probably his deepest point in his career, jumping to the commercial progressive house bandwagon with his terrible collaboration with Andrew Bennett, or the worst track he ever made, "What Difference Does It Make". No interesting and unique melodies; meaningless, emotionless, plastic sounds, with a sense of disappointment.
Reply Notify me 9 Helpful

June 9, 2008
First thing that's amazing about Mike, is the amount of his productions, the second thing is the quality of them. It's absolutely astonishing that he has made so may tracks and none of them are bad. His style varies very much, from uplifting t., progressive t., to tribal, techno, almost every 4/4 music style can be found in His discography. He made legendary 'Universal Nation' and many, many more under many aliases. I must admit that I discovered his productions only few years ago and I regret that i haven't heard them sooner. I think every REAL trance fan ought to know Mike. work as it is completely fantastic. Mike. is god!