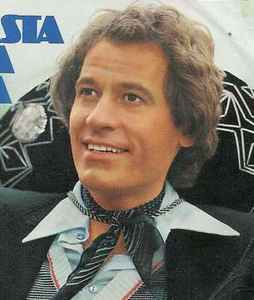 Real Name:
Kurt Peter Borkmann
Profile:
Kurt Peter Borkmann was born on April 8, 1945. Curt Borkman is known as lead vocalist in Streaplers after that Gert Lengstrand left the band in 1966. Curt Borkman has also worked with revue artists Tjadden Hällström and Git Gay during the 1970s. In 1980, Curt Borman worked with revue artist and entertainer Hagge Geigert. But before that, it all started with The Flintstones (2) in Göteborg. The band disbanded in 1963. The following year, Curt Borkman won a vocalist competition in Göteborg. Streaplers needed a new singer and it all started rolling.

Another side of Curt Borkman is his interest in fashion. He has produced fashion shows in different places in Europe. He has also worked as a photographer's model for a Swedish fashion company's catalogue.
In Groups:
Curt Borkmann & Quartones, Streaplers, The Flintstones (2)
Variations:
Viewing All | Curt Borkman
Borkman, Curt, Curt Borkmann