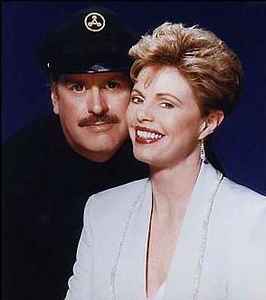 Their heyday was hemmed in between their two #1 hits: Love Will Keep Us Together, the first single from their debut album of the same name, rose to the top spot in the summer of 1975 and has remained their signature song. They reached the top of the charts again with 1979's Do That To Me One More Time, which hit #1 in early 1980.

In addition, they hosted their own television show on ABC for one season in 1976/77, but quit despite solid ratings to focus on recording and touring.

In July of 1976, they were invited by First Lady Betty Ford to perform in the East Room of the White House in the presence of Queen Elizabeth II and President Gerald Ford during the country's bicentennial celebration. After a long journey, Queen Elizabeth fell asleep during their show.