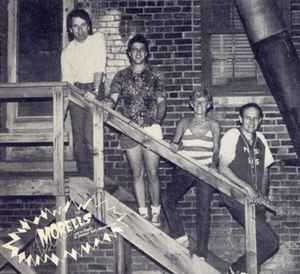 As a producer and hired talent, they have worked with Dave Alvin, Jonathan Richman, Syd Straw, Robbie Fulks, The Bottle Rockets, Wilco, Carolyne Mas, The Del-Lords and Eric Ambel.

The band traces its roots to The Symptoms, a bar band in Springfield in 1973. The Symptoms evolved into The Skeletons, which then developed into The Morells (and back and forth since). In various forms they have also performed under the names The Park Central Squares and Combo.com. Several live albums have been released on Almeron Records since 2004.
Members:
D. Clinton Thompson, Dudley Brown, Lou Whitney, Maralie Whitney, Ron Gremp
Variations:
Viewing All | The Morells
Morells