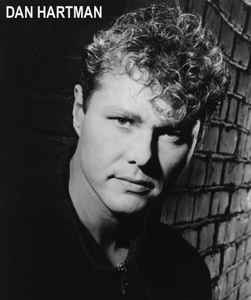 He was a prolific writer who honed his craft with a spate of non-hit songs until he was asked to join the influential Johnny Winter Band as a backing musician, and then moved on to Johnny's brother Edgar Winter Group where he played bass and was given a free hand to participate in their monster collaboration "They Only Come Out At Night", a glam rock affair that defined the new rock ethos with the #1 pop hit "Frankenstein", and then sang lead on "Free Ride" in 1972. He continued to flourish, learning more instruments and then went solo in 1976. His label issued "Who Is Dan Hartman and Why Is Everyone Saying Wonderful Things About Him?", a promotional compilation of his tunes recorded with the Winters brothers. Soon, the brothers Winter were backing Hartman on his first true solo release, "Images" which introduced elements of Soul and R&B to his rapidly expanding repertoire. Keeping his toe in the rock arena, he recorded the Muddy Waters LP "I'm Ready" spending most of the time in the producers chair and adding a new sound to the blues legend repertoire. Hartman's songs usually had a steady beat, and in 1978 he released "Instant Replay" of which the title tune went to #1 disco (#29 pop), but contained a wide variety of sounds and beats that set the scene for his "Relight My Fire" LP in 1979. The centerpiece was "Vertigo/Relight My Fire", which spent 6 energy-fueled weeks at #1 on U.S. disco charts.

In 1981 Dan released "It Hurts To Be In Love" - an album which had moved away from the disco sound with melodic and almost Country Music tones.

Success returned in 1984 with Dan's collaboration with Charlie Midnight and the release of "I Can Dream About You" from the film soundtrack of "Streets of Fire". "We are the Young" and "Second Nature" were subsequently released from the album but did not make a big impression on the UK charts. In 1985 his song "Get Outta Town", from the Chevy Chase movie "Fletch" was released as a single and was included on the soundtrack album. Pressings of the UK only 12" single included M&M mixes of "I Can Dream About You" but failed to ignite. Hartman and Midnight then collaborated on James Brown's "Living In America" that peaked at #3 dance and #4 US Pop in 1986. In 1989, he released his final LP, "New Green Clear Blue" a total departure from his pop influenced music with a foray into the "New Age" instrumental music.