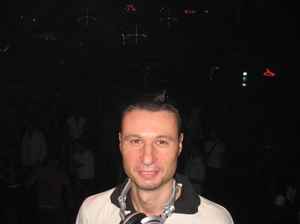 Real Name:
Daniele Tognacca
Profile:
Tony H was one of the most popular italian DJs between the mid of 90s and the begin of 2000. He has worked for very important radio stations like Radio DeeJay and Radio Italia Network, the places where he launched programmes like From Disco To Disco and Vitamina H, based on techno and trance music. After many years spent like club DJ, he decide to change his style into chill-out and lounge.
In 2011 he started his "digital techno" radio show TH Positivo on ILR.
Sites:
MySpace
Aliases:
Daniele Tognacca
Variations:
Viewing All | Tony H
D.J. Toni H., DJ Toni, Toni H, Toni H., Toni-H, Tony - H, Tony H., Tony-H

June 4, 2020
I recommend to all Hard Trance, Dance and Techno lovers to listen to the compilations "Collegamento Mentale" and "Tony H & Lady Helena - Vitamina H", and all the compilations bring us the Lady Helena's powerful voice. The single "Sicilia... You Got It!" is a true blast of gold Italian Techno.