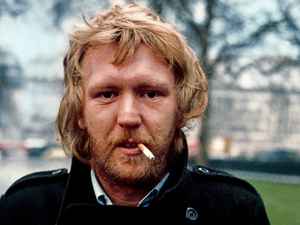 March 26, 2013
Harry (also known as the fifth Beatle) is one of those old forgotten heroes who deserve redress. Although he was called - "the laziest man in the industry," so did he, however, with a considerable amount of works during his lifetime. The humor is at times and touches the Roky Erickson's follies while the chill out lounge music reminiscent of The Righteous Brothers. An odd bird related.
See 4 replies