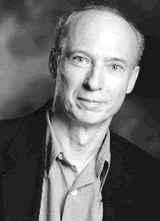 Profile:
At seven, Yves Daoust (Longueuil, Canada, 1946) began his musical studies in piano with Alice Vigeant; at sixteen, his first experiments in electroacoustic music: he “prepared” the family piano in order to realize the soundtrack for a friend’s 8 mm experimental film. At nineteen, Daoust completed his first electronic work: an hour of music for a gestual theater work to be premiered in Berlin (Germany) as part of an international amateur theatre festival. At twenty he entered the Conservatoire, initially in the piano class of Irving Heller and subsequently in the composition class of Gilles Tremblay.

After an encounter with Maurice Blackburn, Daoust entered a training program in film music techniques at the National Film Board of Canada (NFB). This was followed by an apprenticeship at the IMEB from 1974-76. In this context he developed his style and solidified several friendships that endure to this day.

Back in Montreal in 1976, the composer returned to the NFB as a sound designer, but was ‘sacked’ three years later. (Eventually, all composers were dismissed from their duties and the Sound Workshop closed.)

In 1978, Daoust collaborated in the creation of a first child (to which two others were added in 1992 and 1998). Together with a few colleagues he founded ACREQ (Association pour la création et la recherche électroacoustiques du Québec), which he later directed for a period of ten years.

In 1981 he was appointed professor at the Conservatoire de musique et d’art dramatique du Québec, where he was mandated to develop programs in electroacoustics for both the Montreal and Quebec branches of the institution. He is still around…

Since Daoust’s official entry into the professional world of music in 1978, he has composed an average of one work per year, in various genres, for diverse occasions, and ensembles. His influences are many: film scores, naturally, but also Cage, Xenakis, Kagel, Ferrari, Savouret, Stockhausen (Hymnen), Beethoven, Schumann, and Magritte.
Sites:
composers21.com, a.musiccentre.ca