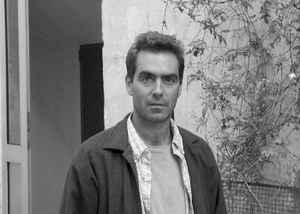 Profile:
Zack Settel (b. 1957) is a US-born electronic music composer and associate professor at the University of Montreal. He received a BFA and MFA degrees from the California Institute Of The Arts, where he studied composition with Leonard Stein, Morton Subotnick, Mel Powell and Morton Feldman. Settel also studied computer music at the Massachusetts Institute of Technology.

Since 1986, Zack Settel has been living in Paris. He received a Fulbright Scholarship and spent a two-year composing residency at IRCAM, where he eventually stayed until 1995 working full-time in the music production and research groups.

After returning to North America in 1997, Settel worked as a professor at McGill University in Canada for two years. He also became a founding partner and chief consultant of Zeep.com, a small bureau developing professional software for surround sound production. The firm produced software utilities for the O2R digital recording console, and also worked as a consultant and third-party developer for Yamaha, contributing to DMP7 & DMC1000 mixers and the SY88 & PSR900 synthesizers, as well as the Avid Corporation's AudioVision.

Settel worked at the Center for Intelligent Machines at McGill from 2004 to 2009, co-directing projects in immersive audio. He also founded the immersive audio research group at the Societé des Arts Technologiques in Montréal and collaborated with Kunitachi College Of Music, Tempo Reale Studio, as well as composers Luciano Berio and Vinko Globokar.
Sites:
sheefa.net, musique.umontreal.ca
In Groups:
Convolution Brothers