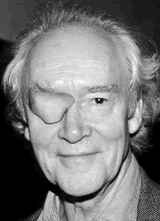 An ardent proponent of acousmatics, his work (since 1963) is comprised exclusively of works for tape bearing witness to his continued interest in morphological interplay and ambiguities between sound and the images it may create.

Since 1978, he has divided his time between France and Québec, where he has taught at the Université de Montréal from 1980 to 1996. He is an Associate Composer of the Canadian Music Centre (CMC, 1989) and a Founding Member (1986) and Honorary Member (1989) of the Canadian Electroacoustic Community (CEC).