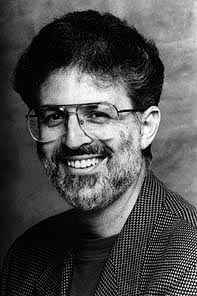 Composer, percussionist, sound poet and radio producer Charles Amirkhanian is a practitioner of electroacoustic music and text-sound composition and has been instrumental in the dissemination of contemporary music through his work as Music Director of KPFA/Berkeley from 1969 to 1992.

He also directed the Speaking of Music series at the Exploratorium in San Francisco (1983-1992) and was the founding Co-Director (with John Lifton) of the Composer-to-Composer Festival in Telluride, Colorado (1988-1991). From 1993 to 1997 Amirkhanian was Executive Director of the Djerassi Resident Artists Program in Woodside, California. From 1993 he has been Artistic Director of Other Minds. In May of 1998 Amirkhanian was appointed Executive Director.
Variations:
Viewing All | Charles Amirkhanian
Amirkhanian