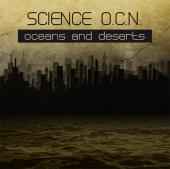 Profile:
Science O.C.N. is a side-project of RI, a multi-instrumentalist, producer and remixer. His main-project is called CONSCIENCE.
The project was founded in 1997 as a vehicle for instrumental experiments containing some sounds and sequences from the main-project.
There is a concept behind every album and a concept in the project itself.
The first album contains 10 tracks, the next 9, then 8 and so on.
The music of Science O.C.N. is used in some video footage and Apps.
Sites:
science2.de, Bandcamp, reverbnation.com, Facebook, lastfm.de
Aliases:
Chaos Network, Conscience, Ri, Ri (2), RI (3)