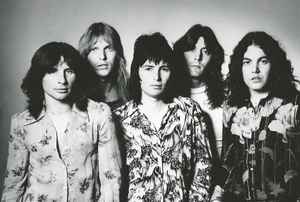 December 29, 2017
This must be one of the most underrated bands around and should be up there with the likes of Purple, M.S.G and Rainbow. Sadly overlooked by the majority of pundits and reviewers. The live act is STILL worth the price of admission and when the likes of the Donington festival put them on at 10.00 in the morning they should be ashamed of themselves.
A truly great hard rock act that has had some fantastic line ups in the past and still has the energy to out gun many younger bands. Like all the rest of the old bands from the 70s they, sadly, might not be around much longer. Catch them while you can, you will NOT be disappointed and the classic album that should be in everyone's collection must be "Strangers In The Night" LIVE.
See 5 replies