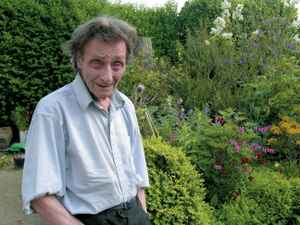 Real Name:
Henri Chopin
Profile:
Henri Chopin (1922, Paris, France - January 3, 2008, England, United Kingdom) is an avant-garde poet and musician. Henri Chopin is a little-known but key figure of the French avant-garde during the second half of the 20th century. Known primarily as a concrete and sound poet, he created a large body of pioneering recordings using early tape recorders, studio technologies and the sounds of the manipulated human voice. His emphasis on sound is a reminder that language stems as much from oral traditions as from classic literature, of the relationship of balance between order and chaos. Chopin is significant above all for his diverse spread of creative achievement, as well as for his position as a focal point of contact for the international arts. As poet, painter, graphic artist and designer, typographer, independent publisher, film-maker, broadcaster and arts promoter, Chopin's work is a barometer of the shifts in European media between the 1950s and the 1970s. His publication and design of the classic audio-visual magazines Cinquième Saison and OU between 1958 and 1974, each issue containing recordings as well as texts, images, screenprints and multiples, brought together international contemporary writers and artists such as members of Lettrisme and Fluxus, Jiri Kolar, Ian Hamilton Finlay, Tom Phillips, Brion Gysin, William S. Burroughs and many others, as well as bringing the work of survivors from earlier generations such as Raoul Hausmann and Marcel Janco to a fresh audience.
Sites:
ubu.com, Wikipedia
Variations:
Viewing All | Henri Chopin
Chopin, H. C., H. Chopin, H.C., HC, Henry Chopin