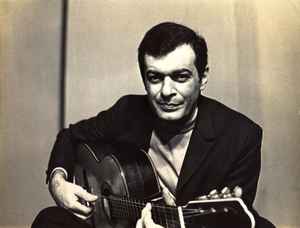 In 1957 he recorded his first 78 rpm through RGE, soon followed by another. It was then, when Maysa (Maysa Matarazzo) heard one of his compositions and recorded "Buquê de Isabel" on one of her first albums. Accompanying the singer on a TV show, he was invited to join the station as a soap opera actor. He continued to work both in music and on TV.

In the late 50s he became part of the first group of composers of the Bossa nova movement and released one of the first Bossa Nova albums ("Não Gosto Mais de Mim/ A Bossa romãntica" in 1960). Soon after he began to take notice of political and social problems, which led him to compose songs portraying these themes. Also his film making started to reflect this interest.