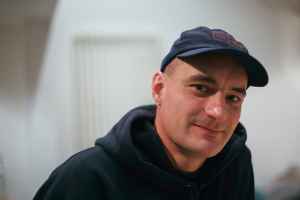 Real Name:
Thomas Köner
Profile:
Thomas Köner, born 1965 in Germany, attended the Music college in Dortmund and studied electronic music at the CEM-Studio in Arnhem. Until 1994 he worked with film sound as sound engineer. 2000 the Montreal International Festival New Cinema New Media awarded him the "New Media Prize". While studying, he dedicated himself to intensive sound research in the recording studio. His first impulse consisted in avoiding rhythm and melody and focusing instead on the phenomenon of sound colour. To intensify the experience of sound, he decided to work with other media, resulting at first in the collaboration with film artist Jürgen Reble and the live performance Alchemie (1992). Following this, he started to compose film soundtracks and electronic live music to accompany old silent films for the Louvre Museum, Paris. Köner's interest in combining visual and auditory experiences and in extending the effectiveness of his sound works was conducive to an involvement with installation work and led to the collaboration with Max Eastley in which the combination between sound sculpture and performance became central. "List Of Japanese Winds" , a collaboration of Max Eastley and Thomas Köner, is an installation piece that was commissioned by the Hayward Gallery, London. The Centre Georges Pompidou commissioned him the sound work for an installation with filmmaker Yann Beauvais. Another field of sound exploration and radical sound design presents itself in today's club culture, which Köner sees as an ideal milieu for intensive and physical listening. As Porter Ricks, a collaboration with Andy Mellwig, he became an acclaimed producer of progressive techno, resulting in remix commissions for "nine inch nails" and a Claude Debussy remix for Universal Music.
Sites:
thomaskoner.com, Bandcamp, Facebook, MySpace, Wikipedia
In Groups:
Divination, Kontakt Der Jünglinge, Porter Ricks, Zerfall_Gebiete
Variations:
Viewing All | Thomas Köner
Koner, Köner, T. Köner, Thomas Koener, Thomas Koner, Thomas Koner (Async Sense), Thomas Kroner

November 25, 2017
Will we ever see an Aubrite reissue? That would be lovely.
See 2 replies

February 27, 2004
Very rich, complex and relaxing music, each time you listen to it is a new opportunity to appreciate it. Koner has also taken part to theater music, video installations or films projects. Some of them have been released.