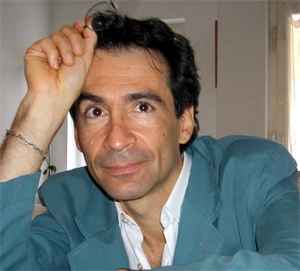 Real Name:
John Palmer
Profile:
started playing the piano at the age of 6 and composing at the age of 15. He graduated in Piano Studies from the Conservatory of Music in Lucerne, Switzerland, having undertaken courses in composition and experimental improvisation with Edison Denisov and Vinko Globokar. Back to London, he undertook postgraduate studies in Composition at Trinity College of Music and completed a PhD in Composition at City University. Further studies include composition with Jonathan Harvey and conducting with Alan Hazeldine at the Guildhall School of Music. He was also a friend of John Cage, whose sense of acoustic adventure is much alive in his music. As a result of living in several countries, John Palmer has achieved an international cultural identity. He has equally been active in different musical genres: from 1976 to 1985 he composed and performed as a pianist, and directed several groups ranging from experimental music to free-jazz. Since the mid-eighties he has focused on instrumental, orchestral, vocal and chamber music, and in the early nineties he extended his compositional interests with electroacoustic resources.
Sites:
johnpalmer.org