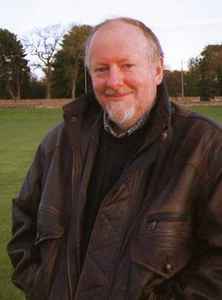 Real Name:
Carey Nutman
Profile:
Carey Nutman was born in Hetton-le-Hole, in the North East of England, in 1948. From 1960 to 1967 he attended Houghton-le-Spring Grammar School, where his studies included violin and singing. He was leader of the school orchestra, played violin in Durham County Youth Orchestra, sang bass in the school choir, and his performance as Ko-Ko in The Mikado, (Gilbert and Sullivan), was highly praised. Despite his love of music, he opted for a scientific career, studying pharmacy at Sunderland School of Pharmacy, 1967 to 1970, obtaining a first class honours degree. During the next twenty years he worked as a pharmacist, at the same time singing in two amateur choirs and composing electroacoustic music in his home studio. From 1990 to 1992 he studied composition, (with Michael Clarke, Richard Steinitz, Margaret Lucy Wilkins et al), at Huddersfield University, obtaining a Masters degree in 1992. Many of his works have been performed and broadcast worldwide. In 1994 Carey Nutman founded the “MPS Music and Video” record label to promote computer, electroacoustic and avant-garde music. He no longer works as a pharmacist.
Sites:
nossiter.co.uk
In Groups:
Nuno Cage