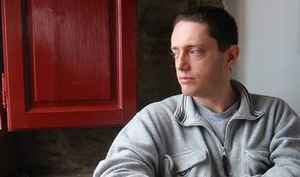 Profile:
Rodrigo Sigal (1971) holds a PhD in Electroacoustic composition from City University in London and a BA in composition from the Musical Studies and Research Center (CIEM) in Mexico City, and was part of the composition workshop directed by Prof. Mario Lavista. He also studied with Denis Smalley, Javier Alvarez, Franco Donatoni, Judith Weird, Michael Jarrel and Juan Trigos among others. Since 1991 he has been working as composer, sound and recording engineer in his private studio in Mexico and London, composing for dance, video, radio and TV, and he was the coordinator of the Computer Music Lab at the CIEM from 1994 until 1998. He has received awards from the Mexican National Fund for Culture and the Arts (FONCA), The CIEM, The Banff Centre for the Arts in Canada, ORS and The Sidney Perry Foundation in England and the LIEM Studios and The Ministry of Culture in Spain, the 1st. Prize (Cycles, 1999), honorary mentions (Tolerance, 2000 and Twilight, 2001) at the Luigi Russolo Composition Prize and finalist at Bourges 2002 (Twilight). Some of his works are available on CD, and his solo CDs "Manifesto" (CIEM006) and "Space within"(CIEM007) received positive reviews and radio broadcast in Mexico and abroad. His music has been performed in over 20 countries around the world. Since 1998 takes active part in DAM (www.dammusic.com), a group of six composers that is working on different interdisciplinary projects including “Altenative Sessions” with The Maarten Altena Ensemble presented in Mexico, France and The Netherlands. He recently finished “Blood Stream” for the Spanish tubist Jesus Jara with concerts in Spain, Brazil and Argentina. His recent project, "Rimbarimba: Lejos del Silencio" for marimba and electroacoustic sounds, was commissioned by Robert Esler (New Haven, CT) with funds from a Rockefeller-FONCA grant. The piece has been performed in Mexico, USA, The Netherlands, Argentina, Brazil and England. He also completed “Liquid Fear” for ten instruments, electronics and video for the Maarten Altena Ensemble. He now lives and works in Santiago de Chile. Future activities include new pieces for wind quintet and electronics, trio and electronics, music for film, flute and electronics and a piano and orchestra concerto with electroacoustic sounds.
http://www.rodrigosigal.com
Sites:
rodrigosigal.com