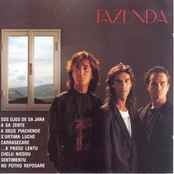 Profile:
Italian etno-pop rock band formed in Sardinia in 1988 thanks to Andrea Parodi, Gigi Camedda and Gino Marielli, all coming from the group Il Coro Degli Angeli. The band is inspired by traditional Sardinian music, culture and language. Most of the songs are sing in Lodogurese Sardinian, a variant of the language in which historical documents like "Carta de Logu" have been written. Some songs are in Italian too.