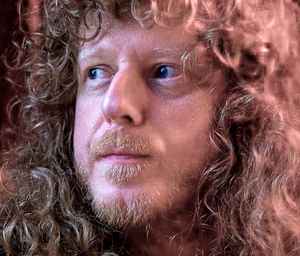 Real Name:
James Kirby
Profile:
James Kirby is a British ambient / experimental musician and competitive darts player born in England on May 9, 1974 . He grew up in England, and DJed raves in Germany in the 1990s. Eventually, he began to make music in the 1996, under the alias V/VM. The project covered a wide range of styles, plunderphonics foremost among them. Inspired by the ballroom scenes from "The Shining", he later began The Caretaker, using '78s of ballroom music as his primary source. The project eventually went on to cover themes of mental decline as a symptom of neurodegenerative illness. Throughout the late 1990s and onwards, he has released a plethora of singles, albums, collections and compilations under many aliases.