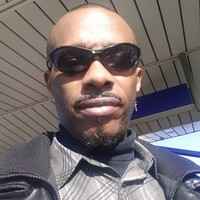 Imagine Freestyle-Rap, poetry, and Dee-Jaying, Combine it with a background in classical music including the Viola, Violin, Cello, and Contra Bass, in enrollment in his school's Concert Orchestra, A.K.-S.W.I.F.T. was promoted to the Symphony Orchestra within six months, which got him 1st and 2nd chair honors, participated in three state competition's, and has over one hundred school concerts during his academic career.

In 1983 (years after his introduction to the Hip-Hop Culture) A.K. got involved with a Frankfurt based Breakdance group called "Floor Masters", learned the art of Dee-jayng, and continued to perfect his rapping and writing skills.
After coming a long way, this Ex-Army Infantry soldier, began a score of releases, beginning in the year 1991. He was pretty successful as a member of Magic Affair. After receiving the German ECHO Award in 1995, A.K. left Magic Affair to start a solo career.

In 1997 A.K. released his first solo song "Light In Me" feat. Mike Marshall. In 1998 A.K. teamed up with Rico Sparx, Alley Cat, and Greg MCcoy, and together produced the single "The Professional". At that time A.K. was opening for Usher receiving rave reviews for his performance in various newspapers and magazines. In 1999 A.K. released another single with Booya-Music titled "It's On"(feat. Craig Smart & Mazaya) which reached #75 on the German charts. The next single "Do you wanna die" should be released mid-May 2000, but this never happened.misspelling