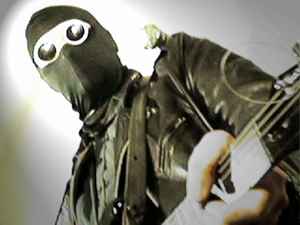 Real Name:
Brian Ladd
Profile:
An enigmatic American industrial project started in 1984 by Brian LADD. The project’s inception and the choice of its name bore hallmarks of criticism of the nihilistic ideology, favoured by many industrial artists of the early 1980s. His opus magnum is the Five Minutes After I Die album (1986), a coherent collection of pieces well thought- out in all aspects, bearing certain resemblances to early Einstürzende Neubauten, and the power electronics movement.The symbolism of the project’s name, polemical to the entirety of the artists fascinated with nihilistic and libertine ideologies, also contains a hidden metaphor for the fear of death, the Last Judgment and the confrontation with God. The music expresses man’s spiritual weakness rooted in his impenetrable primordial nature and the mark of original sin. While there is a hope of salvation present in the lyrics, the maniacal, horrific and grief-stricken delivery mars this positive picture, thus significantly expanding the context of his work.