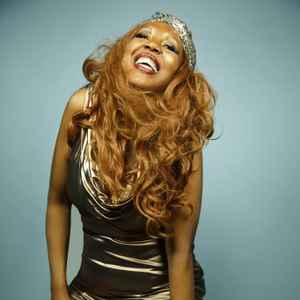 Real Name:
Nicolette Suwoton
Profile:
Nicolette first came to the music world’s attention in 1990, when her collaboration with Shut Up & Dance led to her first single ‘School of the World/Single Minded People’ becoming a smash, followed by several more dancefloor hits and finally the 1992 release of her critically acclaimed first album ‘Now Is Early.’ She was then approached by Massive Attack, which resulted in her singing on and co-writing two singles ‘Sly’ and ‘Three’ on Massive Attack’s 1994 platinum-selling “Protection” album.
In 1995, Nicolette was signed to Gilles Peterson’s Talkin Loud label, releasing ‘No Government’, the first single from her new album, the same year. After several more groundbreaking single releases, the album “Let No-one Live Rent Free In Your Head” was released in 1996 and widely hailed as a masterpiece. It was a critical and commercial success, also hitting the dancefloors with a plethora of excellent remixes of each of its singles. In between times, Nicolette collaborated with various respected artists (amongst them Plaid), on their own projects, released a DJ mix album on Studio !K7 and started DJ-ing worldwide, which she still does to this day.

In 1999, Nicolette left Talkin’ Loud to set up her own label, Early Records. Her third album, “Life Loves Us” was released on Early Records in 2005.
Following two singles from “Life Loves Us”, Nicolette released a new single, a re-release of “No Government” with brand new remixes, on Great Stuff Records in 2007, 2008 and 2009. She also featured on the title track of the album “Love” by DJ Cam. Various featuring singles were released, including two singles on Samuel Yirga’s new album on Real World Records. Her fourth solo album 'The Infinitive' is planned for a release in 2022 on her own record label 'Early Records'.
Sites:
earlyintime.love, Facebook, YouTube, SoundCloud, Wikipedia
Aliases:
Nicolette Okoh, Nicolette Suwoton
Variations:
Viewing All | Nicolette
Nicholette

May 25, 2002
amazing singer, started out with SUAD. did a couple of stints on peoples albums ( massive attack - 3 ) and released her own album.
3 singles off the album as far as I know: no goverment nightmare and beautiful day.
no goverment is a classic slab of understated house.
nicolette released a new single a couple of months ago also