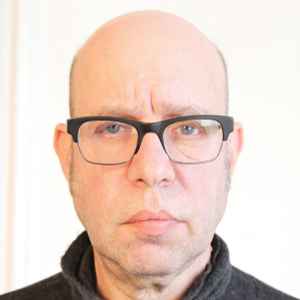 Gordon earned a BA in composition at University of California, San Diego, where he studied with Kenneth Gaburo and Roger Reynolds; he earned an MFA at the Mills College Center for Contemporary Music, where he studied with Robert Ashley and Terry Riley. He was in a relationship with Kathy Acker from 1971 to 1977.

In addition to his own work, and that with his Love of Life Orchestra, he has appeared on or composed music for albums by Laurie Anderson, Suzanne Vega, David Johansen, Elliott Murphy, The Flying Lizards, David Van Tieghem, Lawrence Weiner, and Arthur Russell.

In 2007, James Murphy and Pat Mahoney of LCD Soundsystem used Gordon's classic Downtown tracks "Beginning of the Heartbreak" and "Don't Don't" to open and close their dance mix FabricLive.36.

In 2008 an excerpt of his opera (with artist Lawrence Weiner) "The Society Architect Ponders the Golden Gate Bridge" was issued on the compilation album Crosstalk: American Speech Music (Bridge Records) produced by Mendi + Keith Obadike. Gordon wrote the scores for the serial mystery drama "The Necklace", presented by The Talking Band. He also worked on the soundtrack to Desperate Housewives.

In 2010, DFA Records released remixes by Gordon of "Beginning of the Heartbreak/Don't Don't" and "That Hat," cowritten with Arthur Russell.