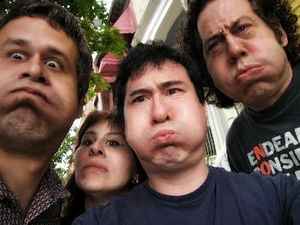 I have to disagree with the opinion in the bio above: Bucketfulls of Sickness and Horror in an Otherwise Meaningless Life is probably tied with Mule as their finest full-album statement. I’m not aware of any fart jokes on it.