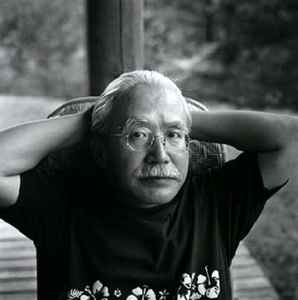 Real Name:
Yoshiaki and Etsuko Hoshi
Profile:
After a successful hit in Japan keyboard artist Yoshiaki Hoshi changed his performance name to Himekami (姫神) in 1980, sometimes in collaboration with his wife Etsuko. Their music has much in common with Kitaro, a mix between traditional Japanese and more modern, popular styles. Although they made also over 40 albums, compilations included, many of them never got released outside Japan.
Yoshiaki Hoshi died in 2004, though the group has been continued by his son Yoshiki.
Sites:
himekami.jp
Members:
Yoshiaki Hoshi, Yoshiki Hoshi
Variations:
Viewing All | Himekami
Himekami Sensation, 姫神, 姫神project, 姫神せんせいしょん

October 27, 2019
There is a work of his that deeply thrills me that is Mahoroba. A song from the deepest Japanese mystical traditions. A genius of the artist mix the traditional as modern. Now with the stream systems it is being possible to know better the work of the artist.
Reply Notify me Helpful

This duos music sounds NOTHING like Kitaro!
The only commonality is their both electronic and the artists are from Japan. Kitaros music at least his classic era i.e. the good stuff from 1976-1985 was darker, rockier and much less pop synth sounding. Kitaro drew from progressive rock and early Klaus Sculze having been associated with Far East Family Band and you can hear the influences in Astral Voyage and Full Moon Story drenched in Minimoog and mellotron...
I like some of early Himekami but to be honest most of the stuff is unimaginative and putridly poppy sounding. The debut has moments of bad Italo-disco but hey to each his/her own!