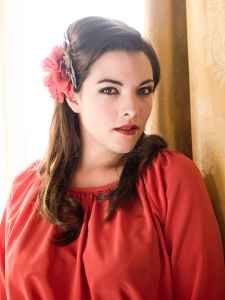 In 2007, Caro Emerald was called upon to cut a demo for producers Jan van Wieringen, David Schreurs and Canadian songwriter Vincent Degiorgio. Caro seized the opportunity and recorded "Back It Up". Following a performance on a local Dutch TV station, the song entered the Dutch singles chart and remained there for 34 weeks. With only one track in the repertoire, David, Vincent, Jan and Caro started working on a full album, inspired by films and music from the 1940s and 1950s.

Second single "A Night Like This" reached #1 on the Dutch singles chart in January 2010. Debut album Deleted Scenes From The Cutting Room Floor was released in the same week and entered the albums chart at #1; reaching Platinum status within 6 weeks. Overall, the album spent 30 weeks at #1, breaking a record set by Michael Jackson's Thriller, and it sold 260.000 copies within the year in the Netherlands alone. It is IFPI-certified Platinum with sales of over 1.3 million in Europe.

Follow-up album The Shocking Miss Emerald was released in May 2013. The European arts, entertainment and fashion scene of the 1920s-1960s set the stage for this album. Like Caro's debut album, it entered the Dutch albums chart at #1. Both albums broke various sales records in the Netherlands, and Caro and the team received various awards including an MTV EMA Award (Best Dutch/Belgian Act), an EBBA Award, a Goldene Kamera and an Echo Award.

In August 2022, Van der Leeuw announced she had over time become more and more estranged from the persona of Caro Emerald, and felt a certain look and sound were expected from her. She stated she was heading into a new direction for her career, by herself, as The Jordan. Three singles were already released at that point.
Sites:
caroemerald.com, Facebook, Twitter, YouTube, SoundCloud, instagram.com, pinterest.com, Wikipedia
Aliases:
Caroline Van der Leeuw, The Jordan