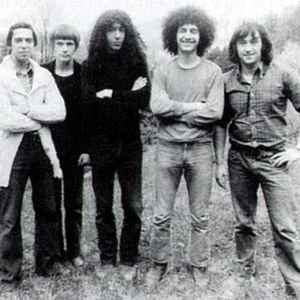 Profile:
Vortex is a progressive rock/fusion/Zeuhl band from Lyon, Auvergne-Rhône-Alpes, France, that was formed in 1973 under the name of Urantia. The band changed its name to Vortex in 1975 and split up in 1980.