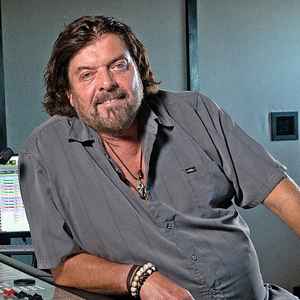 Alan Parsons studied a number of musical instruments in childhood but, like many of his peers, settled on the guitar in his early teens. His job in the late 1960s at the EMI tape duplication facility allowed him access to many classics of the day, including the tape master of The Beatles Sgt. Pepper's Lonely Hearts Club Band (1967), which fired him up to become a recording engineer. He subsequently managed to get work at the Abbey Road Studios and participated in the creation of The Beatles albums Let It Be (1970) and Abbey Road (1969) and the infamous Apple rooftop session. He also went on to work as mix engineer with Paul McCartney and George Harrison after The Beatles split.

Other artists Parsons has worked with include The Hollies, Cockney Rebel, John Miles & Al Stewart but his real ongoing claim to fame was his engineering work on Pink Floyd's Dark Side Of The Moon (1973) which earned him his first Grammy nomination.

It was after this that Parsons co-founded The Alan Parsons Project (APP) with songwriter Eric Woolfson, creating conceptual albums that featured a revolving cast of uber studio aces and members of bands such as Cockney Rebel, The Hollies, Pilot and The Zombies. The early albums were inspired by the works of Edgar Allan Poe (Tales Of Mystery & Imagination, 1976) and Isaac Asimov (I Robot, 1977), and later by esoteric subjects (Pyramid, 1977 and Eye In The Sky, 1982).

During the 1990s Parsons expanded his repertoire with a theatre show (Freudiana, 1990), and a touring live act with long time collaborators, guitarist Ian Bairnson and drummer Stuart Elliott. Alan dropped the “Project” identity for Alan Parsons’ 'Try Anything Once' in 1994, 'On Air' in 1996 and 'The Time Machine' in 1999. The incarnation of 'Alan Parsons Live Project', which should not be confused with APP as it misses Woolfson as a key person, was created and toured to sold-out audiences around the globe. A long-standing fan of Alan's music, Mike Myers as Austin Powers in The Spy Who Shagged Me decided to name his Dr. Evil character's death ray "The Alan Parsons Project".

Alan has written extensively for the Pro-Audio press and is an acknowledged expert in 5.1 Surround Sound recording. He has often lectured at Recording conferences and Schools of Recording and was the keynote speaker at The Audio Engineering Society convention in 1998.