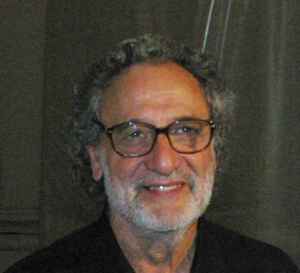 At the age of five he began his music education with Enrique Baremboim and continued his studies with Berta Sujovolsky (Artur Schnabel's pupil).
He began his music performances in Argentina when he was very young. He played as a soloist, in duo with the violinist Alberto Lisy and in several chamber music ensembles. He made some research work on popular music in the Latin American countries, working in this field for the Colombia Radio and Television, for which he also played the 19th and 20th century piano compositions of USA and Latin America.
From the 1960s onward, he has been an active composer for cinema both in Italy and in France. He has worked with directors such as Lattuada, Damiani, Scola, Petri, Faccini, Giraldi, Wertmüller, Kurys, Stora, Lefebvre, Borowczyk, Greco, the Frazzi brothers, Pasolini, Fellini, Radford and Rosi. He has recently composed the sound track for "Il cielo cade" directed by the Frazzi brothers with whom he will collaborate again for the movie "Almost American".
He has been awarded many prizes and has had several nominations for the movie sound track of "Il Postino", directed by Michael Radford: the Davide di Donatello, the Globo d'Oro of the Foreign Press in Italy, the Nastro d'Argento of the Association of the Film Critics, the Oscar Prize of the Academy of Motion Pictures Arts and Science, the Bafta Prize (British Academy for Film and Television Arts) and the Prize Nino Rota. In addition, he has obtained a nomination to the Davide di Donatello for the movie "La Tregua", directed by Francesco Rosi, and another one by the A.M.P.A for the "Vangelo secondo Matteo" directed by Pier Paolo Pasolini.
Bacalov is also an active conductor and pianist for radio and television broadcasting companies as well as for concert associations in Europe, USA and Latin America. Along with the traditional and contemporary repertoire, he performs music by Latin-American composers, including his own works.
In addition, he has composed works for the guitar and the violin, for both instrumental ensembles and for piano and orchestra. He has recently composed "Misa Tango" (Tango Mass) for soloists, chorus and orchestra which has been recorded by the D.G.G with soloists Placido Domingo, Ana María Martínez and Hector Ulíses Passarella, under the conducting of Myung-Whun Chung. The composition has been performed in Rome with the Orchestra of the Accademia Nazionale di Santa Cecilia during the 1999 Easter Festival. For the D.G.G company Luis Bacalov has recorded a personal transcription for piano and orchestra of Piazzolla's Tangos as well as his own Tango "Tangosain". His future engagements include the composition of an "operatango" based on his short story "Gardel y el compadrito", which has been transformed into a dramatic libretto by Enrique E. Buenaventura, C Sessano and J.L. Goyena.
He has formed a quartet with bandoneón, double-bass, percussions and piano, with which he plays compositions that aim to establish links between several different musical cultures, thus achieving a strongly syncretic combination among elements of ethnic, urban and contemporary music.
He died on November 15, 2017 at the San Filippi Neri hospital in Rome, Italy. He had suffered an ischemia and had been hospitalized for 10 days.
Sites:
Wikipedia, imdb.com, allmusic.com, rateyourmusic.com, open.spotify.com
Aliases:
Luis Enriquez
In Groups:
Giovanni Tommaso Quintet, Luis Bacalov And Orchestra, Luis Bacalov Quartet
Variations:
Viewing All | Luis Bacalov
Bacalov, Bacalow, Bakalob, C. Bacal, E. Bacalov, E. Balacov, E. L. Bacalov, Enriquez, Enriquez Bacalov, Enriquez Luis Bacalov, Enriquez, Bacalov, Enríquez, L Bacalov, L. Bacalof, L. Bacalov, L. Bacalovw, L. Bacalow, L. Bakalov, L. Bucalov, L. E. Bacalov, L. E. Vachalob, L. E. Vachalof, L. Enriguez Bacalov, L. Enriquez, L. Enriquez (Bacalov), L. Enriquez Bacalov, L. Enriquez-Bacalov, L.Bacalov, L.E. Bacalov, L.E. Becalov, L.E. Vachalof, Louis Bacalov, Louis Bagalov, Louis Enriquez Bacalov, Luis Bakalov, Luis E. Bacalov, Luis Enrique Bacalov, Luis Enrique Bakalov, Luis Enrique Balacov, Luis Enriquez, Luis Enriquez Bacalov, Luis Enriquez Bakalov, Luis Enríque Bacalov, Luis Enríquez Bacalov, Luis Henrique Bacalov