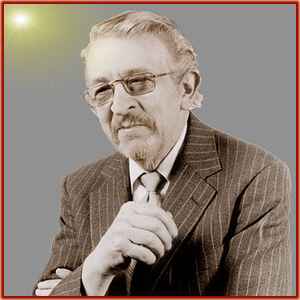 Profile:
Rune Lindblad (1923-1991) was born in Gothenburg, Sweden and after extensive art studies started teaching painting and graphic arts. He also graduated in chemical engineering. He first began composing in 1953. Lindblad was the first composer in Sweden to work only with electroacoustic sound material. This was a time when Cologne and Paris were fighting over the aesthetical differences between oscillator tone music and musique concrete on tape. Lindblad however did not see those genres as mutually exclusive. In fact he extended his work to incorporate other media besides music. In 1957 at Folket Hus in Gothenburg, he gave a public performance of his earlier works. Critics slated him brutally and described his concrete music as a "fad" and "pure torture." Rejecting the concert hall, Lindblad began experimenting with optics and sound. The following three years, he produced five works on 6000 feet of film. The last of these was Optica 2. Until the original release of these recordings on the Radium and Pogus labels there had been only two recordings of Rune Lindblad's compositions ever available. One was the single side of a 7" record released in 1957. Rune Lindblad taught at Gothenburg University, and numbered among his students Rolf Enstrom, Ake Pamerud, and Ulf Bilting.
Variations:
Viewing All | Rune Lindblad
R. Lindblad