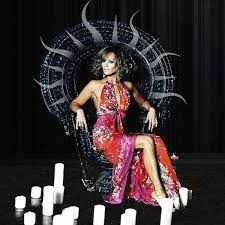 Martins grew up in the Cape Verde capital of Praia, Santiago island, before living in Portugal, and finally moved to New York City to pursue her career. While initially studying film, she was soon scouted and became a catalogue model, gaining an agent, and eventually working as a dancer on music videos for hip hop artists such as Redman, and Keith Murray, along with house music artist Byron Stingily.

Wanting to move into music herself, she hooked up professionally with house music DJ/producer, Louie Vega, working as vocalist on his Elements Of Life (3) project. Later she released her own album "Ananésworld " (2010), and has also gone on to DJ-ing work.