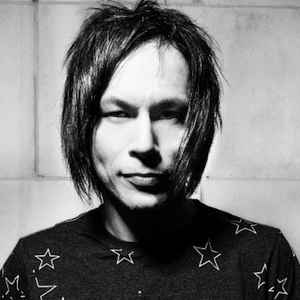 Real Name:
Luke Simon Arthur Slater
Profile:
Luke Slater (b. 12 June 1968, Reading, Berkshire, England) is an English electronic musician, DJ and record producer from Crawley, UK. He is one of the UK's longest standing techno producers and DJs, active since the late 1980s when he worked in the Mi Price record shop. He was involved with the founding of the Jelly Jam Records shop and label, and went on to release on a number of seminal labels. Was also a resident DJ at Troll.

April 9, 2016
Luke Slater Has Produced Some Absolute Pearlers..His First Release Shows You Exactly How Good He Is.

February 27, 2014
What happened to him? I used to be quite the fan boy from 1991-2004 but the last time I saw him was DJing @ Fabric in London and he looked totally wasted and his set was fairly ordinary. Shame.

Luke Slater is my favorite of UK techno DJs/producers because of his rich, full sound, which is evident in both his mixing and producing. His ability to chop up, blend, and scratch through intricate beats & melodies puts him in a class of his own. His work is varied yet has a cohesive quality and a unique sound. His long-awaited first mix CD release, "Fear & Loathing" showed his techno side on one disc and his electro side on the other disc, and was recorded on three decks in one sitting. He can produce anything from hard techno (such as anything produced using his alias Planetary Assault Systems), to driving electro ("Wireless"), to electro synthpop ("Alright on Top").

Luke Slater was born in St. Albans, Hertfordshire, England. Turned on to music via early experiments with sounds and noises on his father's old reel-to-reel, rather than by any affinity to a particular musical subculture, Slater set about defining his vision during 1989 on the fledgling label Jelly Jam, an offshoot of the Brighton record shop of the same name where he was working at the time.

A batch of Detroit-influenced tracks were spat out at an alarming rate, and a contract with D-Jax Records soon followed that saw Slater adopting the guise of Clementine. However, it was not until his link-up with Peacefrog Records in 1993, and another change of name to Planetary Assault Systems, that Slater's name became widely known and praised.

He became heralded as the UK torchbearer for the Detroit techno sound, managing to capture the essence of that city's musical qualities, whether recording pounding, abrasive sounds as Planetary Assault Systems for Peacefrog, or alluding instead to classical textures as the 7th Plain for GPR.

However, Slater's furious output during 1993/4 soon started to take its toll: 'I began to realise you can't do everything, I was beginning to lose focus on what I originally intended to do in the first place.'

Taking time out from a hectic studio and DJing schedule, Slater returned in 1997, with Freek Funk, recorded in his home studio in Crawley, Sussex. The album adds a more ethereal side to Slater's dancefloor-friendly sound, stretching ambient textures over a thin rhythmic framework. With Freek Funk, Slater achieved what so many aspire to - a highly accomplished and highly variable album, unique and accessible, that pushed musical boundaries more than most. The follow-up Wireless experimented with electro and breakbeats to great effect.

Since the late '80s, Luke Slater has helped define the U.K. techno sound. Along with frequent collaborator Alan Sage, Slater created music that brought the Detroit sounds overseas, then built on that foundation producing records ranging from hard-core techno to beatless ambient.

Slater's debut came with the 1989 release of "Momentary Vision," under the pseudonym Translucent. Since then he has recorded under the guise of Morganistic, Clementine, Planetary Assault Systems, Luke Slater's 7th Plane and even, from time to time, Luke Slater.