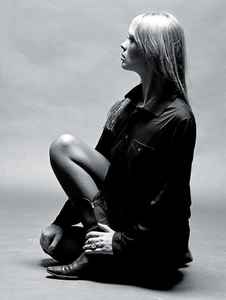 Real Name:
Christa Päffgen
Profile:
Nico was a German singer, songwriter, musician, model and actress, born in Köln (Cologne) on 18 October 1938. She died in a bicycle accident on Ibiza, Balearic Islands, Spain, on 18 July 1988. According to her autobiography, her Catholic father Wilhelm Päffgen was an archeologist, stemming from a wealthy Bavarian brew master dynasty. But that can´t be correct: Gisela Päffgen proved that there wasn´t any relative named "Wilhelm Päffgen" - but an employee called "Hermann Willhelm Päffgen". Nico´s father died in WWII in 1942, and her mother Margarete (née Schulze, 1910-70) moved to Berlin-Schöneberg. Due to the heavy bombings, they soon moved again, to Lübbenau in Brandenburg, a small town in the eastern part of Germany.

After the war, mother and daughter moved to Berlin where Nico, aged 15 and already 175 cm (5'9") tall, was discovered by photographer Herbert Tobias while she worked as a sales person at the KaDeWe department store. He supposedly gave her the nickname Nico after his lover, the Greek movie maker Nikos Papatakis. At first, she called herself both Christa Nico and Nico Otzak, but settled for Nico. The modelling career soon set off for the statuesque brunette-turned-blonde, which allowed her to work in Berlin, Paris, London and Rome. Already in the late 1950s she had an unprecedented modelling career for a German (with a contract with the Eileen Ford Agency), which enabled her to buy a house for her mother (already suffering from Parkinson's) on Ibiza in 1962. And it was in Rome where she had her first movie appearance as 'Nico' in Federico Fellini's 'La dolce vita'. In 1959 she moved to Paris where she had an affair with Alain Delon and in 1962 gave birth to her only son, the troubled Ari Boulogne whose father never acknowledged him.

She toured extensively in Europe, United States, Australia and Japan in the 1980s. After a concert in Berlin in June 1988, she went on holiday in Ibiza to rest. There she fell dead off a bicycle while taking a ride. At the time it happened, the story was that she was already dead from a stroke (brain hemmorhage) falling off the bike, whereas the narrative nowadays has been changed to "an accident" after which she died. Her ashes are buried at Friedhof Grunewald-Forst in Berlin at a place historically known as "Cemetery of the Unknown" or "The Suicide Cemetery".
Sites:
Wikipedia, Wikipedia, imdb.com, smironne.free.fr, findagrave.com, express.de
Aliases:
Christa Päffgen
Variations:
Viewing All | Nico (3)
Nice, Nico (Christa Päffgen)

November 22, 2022
...if you don't know much about the charismatic german chanteuse nico
(1938-88) of early velvet underground, who after "the end" (74) sadly made
her way through heroin, please start with the useful anthology "classic
years", which covers the years 1965-1974. or watch the great portrait-movie
by susanne ofteringer. for my list of 100 favourite albums i chose her "easy
listening"-debut, but the following 3 studio-albums belong even more
to my favourites, specially "marble index" (68) ...

July 19, 2021
So upsetting she’s no longer here. Even sad she was mostly known for velvet underground. Her voice was unique and she seriously had passion in music. May you rest!!!

June 26, 2020
are there any recordings (studio or live) of Nico singing her Chelsea Girls era songs in Deutsche?
See 2 replies