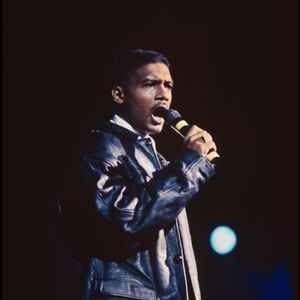 Jamaican DJ Super Cat started his career as a soundsystem live-DJ in the 1970s, toasting under the alias of Cat-A-Rock. In 1981, he released his first single, "Mr. Walker", for Winston Riley's Techniques label. After a short term in jail, he used to be regular DJ on Killamanjaro sound, where he got the nickname "Wild Apache". With his spree of hits in the 2nd half of the 1980s he became one of the most popular DJs of Jamaica. In the beginning of the 1990s Super Cat moved to New York and signed a major deal with Columbia; several albums and singles followed. In the second half of the 1990s Super Cat seemingly sunk into oblivion; the attempt to start a comeback through the Neptunes' Star Trak Entertainment label did not work out. Yet, Super Cat remains one of the most legendary DJs in dancehall history. Due to this fact, as well as due to his over-restrictive dubplate cutting policy, Super Cat dubplates are a 100% killer tool in a soundclash if you are one of the very few lucky soundmen to own one. Super Cat was a major influence for many DJs to come - the most known example is Sean Paul. In fact, many young and less musically educated listeners have been observed to mistake Super Cat recordings for unknown Sean Paul tunes.
Sites:
super-cat.com
Aliases:
William Maragh
Variations:
Viewing All | Super Cat (2)
Mr. Cat, S. Cat, S.Cat, Supa Cat, Supacat, Supakat, Super "Wild Apache" Cat, Super - Cat, Super Cat (The Indian), Super Man, Super-Cat, SuperCat, Supercat, Supercate, W. Maragh