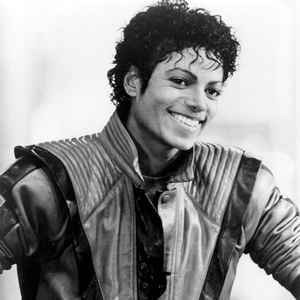 Known affectionately as the "King Of Pop", Jackson was a singer, dancer, musician, music producer, writer, entertainer, singer-songwriter, choreographer, record producer, recording artist, poet, arranger, businessman, philanthropist, actor and voice artist. He is one of the most celebrated and influential music artist of all time.

Inducted into Rock And Roll Hall of Fame in 2001 (as performer).

July 22, 2022
GOAT. Michael Jackson redefined the music industry. His music cut across genres and he achieved levels of success that no other black artist had ever reached. His innovative big budget music videos became major TV events. He created some of the greatest dance/pop music of any generation. His music will endure.

April 30, 2022
Michael Jackson is a world legend musician. Who is also known by the nickname as the King of pop.

Well this guy's music holds a special place in my heart. The very 1st album I bought as a teenager when just starting secondary school was the cassette 'Bad' & must've worn out the tape as was played back to back on an almost daily basis! I knew all the lyrics to all songs on the album would probably struggle to remember them all now though! As the teenager years went by I bought various other cassette albums by Michael..Thriller and Off The Wall being another 2 favourites played frequently. I Listened to his music when studying, when I had the numerous girlfriends round to my room :) & last thing at night most nights. I was always a fan of this man's musical abilities & still enjoy his music to this day. Such a shame what happened to Michael towards the end of his life & for what it's worth I don't believe the accusations made against him. Just looked suspiciously like people trying to make easy money from him. Anyway may he rest in peace. Thanks for the fantastic music that will live forever & never be forgotten he was a true ambassador for the world of music & the true king of Pop!

February 9, 2022
Michael Jackson's Songs are actually timeless despite being from the 70s,80s, and 90s. The song 'Childhood' is really deep considering he never had an actual childhood. So he hung out with the kids.

January 31, 2022
Anyone who's a fan of medleys of MJ's solo work should check out the one on this release: https://www.discogs.com/release/2500913-Various-Hot-Classics-Thirteen
It's the best I've ever heard and I've heard dozens upon dozens of MJ medleys!

January 24, 2022
disgraceful treatment of MJ by USA now we wil hear nothing else from him

January 13, 2022
Best humanitarian, artist and entertainer ever. All the albums are gold.
RIP MJ