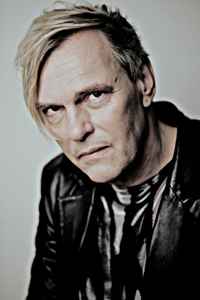 He has been working fulltime with music and multimedia art since late 70’s. Being trained as a photographer between 1972-74, he studied music at the University and later at the Conservatory of Music in Göteborg (Sweden). His list of works includes instrumental music as well as electroacoustic compositions, multimedia and interactive art, video and music for theater, dance and film. Åke Parmerud also works as stage performer, doing live electroacoustic music with different kinds of interactive instruments. Solo or together with composer Anders Blomqvist, he has performed in major parts of Europe, in Mexico as well as in Québec and his works have been presented worldwide. His success as artist has led to several international collaborations. Over the last two years he has worked with the Danish art team Boxiganga, developing new interactive video installations and with Québec choreographer Pierre-Paul Savoie as a composer, sound and software designer. Music by Parmerud has represented the Swedish Radio for the Prix Italia at two occasions. He has also composed a number of works commissioned by international reknown institutions in The Netherlands, France, Germany, Norway, and Denmark. He is a member of Kungl. Musikaliska Akademien, the Royal Swedish Academy of Music, since 1998.

His music has been greatly appreciated in Europe and he has, among other things, been awarded prizes for the works Närheten and Krén at electronic music competitions in Bourges, France.
Sites:
parmerud.com, parmerud.tripod.com, Wikipedia
Variations:
Viewing All | Åke Parmerud
Ake Parmerud, Parmerud, Å. Parmerud