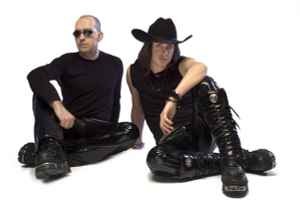 Founded in 2001 by Lorenzo Bettelli (Voyager), realized in the same year a demo titled "Sadness Deluxe", in which the pieces are sound oriented rock gothic-electronic. In the same year he joined the group's lead singer and keyboardist Andrea Peluso (Andylab) and the musical style of the Syrian changed, becoming much closer to SynthPop / FuturePop / Trance Electropop.

In 2001 the Syrian, after sending their demo to some record companies, they sign their first contract with the US label A Different Drum, realizing then in 2003 their first single "No atmosphere" followed by the album "De-Synchronized ".

In 2003 he realized the two singles "Space Overdrive" and "Cosmic Gate". In the same year they signed, for the European market, with the German label Infacted Recordings and with that South Korea Oi Music / Dreambeat, thus fulfilling two other editions of "De-Synchronized".

2005 sees the release of the EP only European "Enforcer", which includes the best pieces contained in the previous singles and a number of new exclusive remixes, as well as a further edition of the album "De-Synchronized" for the Russian label AMG. It is the same year the "concept album" "Kosmonauta", published in the US by A Different Drum and Europe from Infacted, which was released in 2006, a Russian version for Gravitator Records.

February 28, 2011
Syrian are undoubtedly one of the most exciting fronters of futurepop, with an image heavily centered around space and sci-fi. Their music is a dancy and catchy mix of synth pop and trance, with some rock influences lingering in the background on some tracks. They're one of my favourite acts at the moment and I'm very excited to hear new material from them soon.
Reply Notify me 1 Helpful