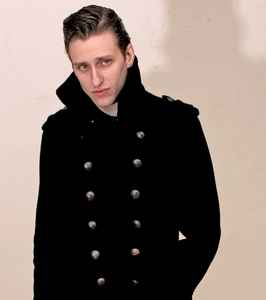 He has been experimenting with sound for years via the underground electronic scene of Kid 606’s TigerBeat6 label, Mad Decent and French label Institubes (under his alter ego "Curses!").

Drop The Lime's influences range from Brian Eno to rockabilly (he’s well known for his 50s doo wop and soul sets) to Sonic Youth to Wu Tang but things don't just stop there. He also runs Trouble & Bass, an influential New York club night and label since 2006. The Trouble & Bass crew are the DJs who are defining a new New York sound.

Drop The Lime has worked with DJ duo Crookers and remixed tracks for Armand Van Helden, Drop The Lime also releases tracks on French label, Institubes, under the moniker Curses!

May 23, 2008
Never really understood the hype about this guy's music. The green 7" he put out was quality, but everything else I've heard by him just seemed cheesy and devoid of any real substance. I think the only thing he'll be remembered for in the breakcore scene (that made him, by the way) is writing it off and jumping the bandwagon to the next thing that might pay him. Basically pretends now that he was never a part of such an unsavory scene. Himself, showing that his output is forgettable and not to be taken seriously. Damn hipsters.

well, I did not know his music, altough I know most artists around him... I just saw his show in the most unpredictable place ever... in Bairro Alto, downtown Lisbon! Awesome show! Nice stage performance, nice sound and mixing. Never spent too much time on the Mac and made people go jiggy, even wild! Sound? from Breakcore to speedy breaks with some sparse gabber beats... then dark ambient... then vocals with all this. unforgettable! And he seemed a nice person too. :) May he keep surprising us all...