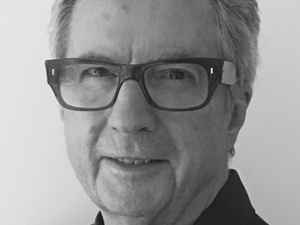 Real Name:
Donald Leslie Reedman
Profile:
Don Reedman came to England in 1969 from Australia on a working holiday for 12 months with a dream of making a career in the music business. His first break was getting a job at ATV Music as a song plugger. The first record that he was involved with was "Sugar Sugar" by The Archies, which went on to spend 8 weeks at No. 1.

After a year, he left to join Carlin Music as a professional manager and found songs for Elvis Presley, Cliff Richard and many more. He co-wrote with Jeff Jarratt and John Cameron the hit for Mickie Most's band CCS "The Band Played The Boogie".

Whilst at K-Tel, he created and produced with Jeff Jarratt the "Classic Rock" series with The London Symphony Orchestra, and "Hooked On Classics" with The Royal Philharmonic Orchestra, which received a Grammy nomination and sold over 15 million albums.

In 1984 he joined Sony Music as Director of Concept Marketing, and had great success with concept albums such as the first "Hits" series (volumes 1 - 6), which sold over 4 million units in the UK, and the "Songs For Lovers", "The Heat Is On", and "Nightflight" series. He also worked with single artistes' TV concepts as diverse as Art Garfunkel and Shakin' Stevens.

In the late 80s Don joined Telstar and was instrumental in the creation of the "100%" series (Dance, Rap, Reggae), the "MegaBass" series and "Unchained Melodies" series. Don signed the Jive Bunny project to Telstar after hearing the single "Swing the Mood" on the radio. The album went on to sell over a million copies in the UK.

In the 90s he had huge success with "The Best Dance Album of the Year 95" and "Dance Nation 95". Other highly successful concept albums were "Back To The Sixties", "The Heart And Soul Of Rock 'n' Roll", "A Night At The Opera", and "The Classical Masters".

Don signed Michael Crawford to Telstar, just as he was finishing the lead role in "The Phantom Of The Opera" in London's West End, and co-produced 4 platinum selling albums for him: "Songs From Stage And Screen", "With Love", "Performs Andrew Lloyd Webber" and "A Touch Of Music In The Night". Don also co-produced the duet with Michael Crawford and Barbra Streisand "The Music Of The Night", which was nominated for a Grammy Award.

In 1996 Don formed Focus Music International Limited - a company that specialises in creative concepts, which works independently of and directly with the major record companies.

Don signed Jane McDonald who had been in a very successful TV documentary series called "The Cruise". Jane was turned down by every major recording company in the UK but after meeting her, Don decided instinctively to sign her to Focus Music, and was the executive producer of her first album, "Jane McDonald", which reached No. 1 and remained in the charts for six months.

In the late 90s Don noticed a resurgence in the popularity of Tom Jones and, drawing on the inspiration of the Frank Sinatra "Duets" album, believed that Tom Jones could sell records again if he linked him with contemporary artists. He had seen Tom on the Brits Awards show duetting with Robbie Williams, and heard Robbie talking about it later on the Michael Parkinson Show. He then heard Zoe Ball enthusing about the performance on Radio 1, and he knew he had a big HIT idea.

A meeting was arranged with Tom Jones' manager Mark Woodward, and Don's then partner at Focus, Guy Holmes, to present him with the duets concept. This resulted in the "Reload" album, which remains Tom Jones' biggest selling album to date.

Don went on to create successful compilation albums for Sony Music, including the "All Time Greatest" series, "What A Feeling", the "Perfect Day" series, the "Music To Watch Girls By" series, and "The Classic Chillout Album" series.

Both are accompanied by The Royal Philharmonic Orchestra, and were produced by Don with Nick Patrick.

They follow the worldwide success of "If I Can Dream" (2015) and "The Wonder Of You" (2016) both by Elvis Presley with The RPO, which fulfilled Don's dream of showcasing Elvis' phenomenal vocal talent supported by a full orchestra – something which Elvis never achieved in his lifetime.

Both albums have sold well over a million copies in the UK alone, and "The Wonder Of You" made history by being Elvis' 13th No. 1 album, making him the most successful artiste of all time.

With the full support and participation of Priscilla Presley, Don has gone on to make history come alive by creating a live show with the full concert orchestra on stage, synchronising with live footage of Elvis performing all his greatest hits.

Don has just completed a second UK tour of the live shows, which have also played to packed arenas in Europe, Australia and the US.

Don and Nick have also produced an album with Aretha Franklin and the RPO, called "A Brand New Me", and there are more collaborations to come.