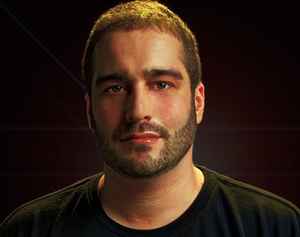 Edwards’ music has been recognized as a major influence on the nascent UK Garage genre in the United Kingdom in the mid 1990s. He became known for his intensive sampling and remixing technique that involves “cross-hatching brief snatches of vocals into a melodic-percussive honeycomb of blissful hiccups” as described by critic Simon Reynolds. Used both on his solo albums and on his remixes for other artists, this complex vocal sampling technique in some cases renders the original track almost unrecognizable.

March 27, 2021
Anyone heard any more chatter about Todd Edwards getting a Defected House Masters Compilation? Came across that last April they acquired his entire back catalog for release. https://defected.com/news/post/todd-edwards-catalogue-is-added-to-the-defected-repertoire
Reply  See 3 replies Notify me Helpful

Todd "The God" Edwards! The staple personality, the mighty producer that he is, the garage scene royalty! Todd's trademark sound and notable remixes and dubs! You wanna know how good garage sounds like ? Todd Edwards is THE man! There is some reason as to why he got the name of God ;) highly recommended artist!

June 25, 2018
When Garage was in and about in a big way from 1999 to 2003 during school years, it helped me get through the tough school years. The sheer uplifting vibes was totally new to me as I wasn't buying records until late 2002-3 and even then it was Mums money that helped. Brilliant producer who opened the groove to amazing heights.

Todd Edwards is a legend. Utterly respected by fans of Garage House music. He is appreciated here in the UK as one of the founders of UKG. This fact was cemented when in 2009 at a 4x4 event called Indigo he dropped the now infamous 'No Place Like London' cut. Look it up and understand the man - from the heart he's always maintained an underground edge to his productions. Winter Behaviour & New Trends '95 are compositions of particular note.

Todd Edwards sound is characterised by a collage of cut-up samples over swung US garage beats and lively disco flavoured bass-lines. The tracks are generally a series of movements where variations on the sampled elements and bass-line drop in and out every 8 bars - creating a flow thats somewhere between a song and a track. In terms of vibe, his music is always warm, funky, and in its own fashion, soulful and uplifting.

His techniques were widely adopted across tech-house (Akufen) and UK garage, but his vibe is pretty unique. Lovely stuff.

January 15, 2004
Call him Mr. Puzzle - cutting all the vocals & melodies of the originals or sample stuff into such small pieces & then he'll create a total new picture out of it ! for this creativity he diverses to be called a top producer - but since he always concentrate high on doing this, there is a lack on the beats, the basslines, which always seem to stay the same & the mastering, which actuality is far below a quality you might exspect on such good music.
Reply Notify me Helpful

January 9, 2004
Its nice to see some kind of message in dance music as some might argue that it is a scene with little to say. Todd has gone a litlle off the boil since his earlier days where there was a bit more variation and diversity in his sound. Check out the Prima Edizione stuff, and his disco remixes. And i believe he makes his samples sound the way they do by recording everything on a reel to reel, cutting it up and pasting it back together in a different order to get that choppy sound.
Reply Notify me 1 Helpful