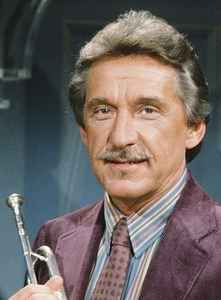 In 1949, Severinsen landed a job as a studio musician for NBC, where he accompanied Steve Allen, Eddie Fisher, Dinah Shore, and Kate Smith. The leader of The Tonight Show Band, Skitch Henderson, asked him to be first-chair trumpeter in 1962, and five years later Severinsen was leading the band. Under Severinsen's direction, The Tonight Show Band became a well-known big band in America. Severinsen became one of the most popular bandleaders, appearing almost every night on television. He led the band during commercials and while guests were introduced.