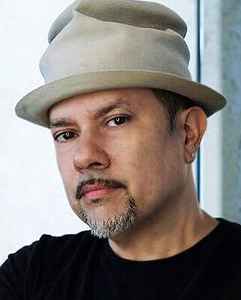 Based in NYC, Vega is best known for his productions with Kenny "Dope" Gonzalez as Masters At Work and Nuyorican Soul, along with his role in Elements Of Life (3).

He started DJ-ing professionally in 1985 at a club called The Devil's Nest, and has since held residencies at Hearthrob, Roseland, The Palladium, Studio 54, and The Sound Factory Bar, and continues to play on the international DJ circuit.

November 22, 2021
When will he release the Bebe Winans - It´s all good Louie Vega mix?
Reply Notify me Helpful

Louie Vega is a legend, his solo productions are on point & his MAW productions/remixes (with Kenny Dope) are on point... Not forgetting his DJing skills = absolutely brilliant {check out “Mix The Vibe (For The Love Of King Street)”}