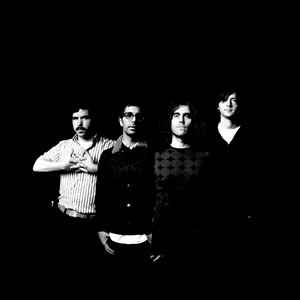 Profile:
Bear in Heaven started out as Jon Philpot, alone, in a studio, after hours, in Atlanta Georgia. Then he moved to New York and it was him, all alone, in his room, unemployed, trying to figure out how to make music in his bedroom and get a job. Then comes along James Elliott, a friend of friends from Table of the Elements. They became friends, drank many drinks and went to Europe with Presocratics. James started The Social Registry with Rich Zerbo, left TSR and made music under the name Ateleia. Around that same time, Sadek Bazarra moved to New York with his company GHAVA. Jon and Sadek hung out, talked about girls, art and music. Adam Wills was soon to follow. Jon and Adam worked together at the studio in Atlanta. The first day Adam was in NYC he knew more people than Jon did in a year. Soon all the friends came together and Jon finished some songs. Old friend Scott Herren released "Tunes Nextdoor to Songs" A short album. Some call it an EP. Excitement was in the air and they started playing the songs. Sort of. At that time, the group consisted of everyone minus Joe Stickney, plus guitarist David Daniell. Joe was an old friend of Adam. He played drums with Paul Duncan and liked Jon's drum kit. Joe jumped in, David jumped out, they started writing songs and now I present to you Bear in Heaven.
Sites:
bearinheaven.com, deadoceans.com, home-tapes.com, Facebook, Twitter, instagram.com, MySpace, districtlines.com, Wikipedia, SoundCloud, YouTube, vimeo.com
Members:
Adam Wills, James Elliott, Joe Stickney, Jon Philpot, Sadek Bazaraa