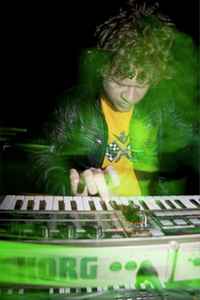 Profile:
DJ, musician and producer based in London. He is one of the founders of Cyber Dance Records, Human Shield Record Company and most recently his own Vivod imprint.
He has also made recordings for Moustache, Dissident & Zone.
As Cestrian he has recorded for MNX, Bunker, SOM and Unknown To The Unknown.
He was also previously one half of the now defunct synth pop duo Heartbreak recording for Lex Records.
Sites:
SoundCloud, Bandcamp, Facebook
Aliases:
Cestrian, Parasols
In Groups:
Heartbreak (2)