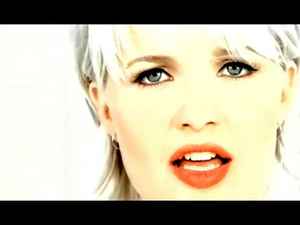 After the success of 1991's "Keep Warm", Jinny was acquired for the entire American territory by Next Plateau Records Inc., the label which owned the rights to the track on which it was based, Voices In The Dark - Keep It Warm. The situation in the U.K. was not very different : "Keep Warm", licensed by Virgin became successful in the English clubs. In 1992 Jinny released the follow-up "Never Give Up", as always written and arranged by the trio Cremonini-Gilardi-Varola, as it was for "Keep Warm".

"Feel The Rhythm" was the next single of Jinny which, with the single "Open Your Mind", entered the top ten dance and sales charts all over Europe.

1994 was a decisive turning point for the artist due to the success reached with "One More Time" that had rapidly climbed the official Italian sales charts. During that year Jinny released another hit single, "Wanna Be With You" that entered the Italian charts.