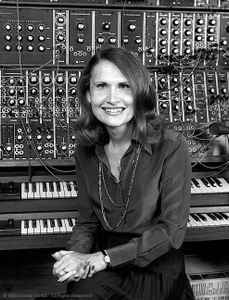 Real Name:
Wendy Carlos
Profile:
Composer Wendy Carlos spurred electronic music to new commercial heights during the late '60s, popularizing the synthesizer with the enormously successful Switched-On Bach album. Born in Pawtucket, RI, on November 14, 1939, Carlos pursued her M.A. in composition under Vladimir Ussachevsky and Otto Luening at Columbia University's famed Columbia-Princeton Electronic Music Center. Following her graduation, she moved to Manhattan, where she found work as a recording engineer. In Manhattan, she met Dr. Robert Moog and, not long afterward, she began playing the Moog synthesizer. She helped Bob Moog to create a touch-sensitive keyboard and in the development of the vocoder.

Carlos released her first recording, Switched-On Bach, in 1968. A showcase for the Moog synthesizer, Switched-On Bach interpreted the legendary composer's most renowned fugues and movements via state-of-the-art synth technology; purists were appalled, but the record captured the public's imagination and in time the album became the first classical record to be certified platinum by the RIAA. It also earned three Grammy Awards. A similar effort, The Well-Tempered Synthesizer, followed in 1969. In 1971 Carlos introduced the vocoder -- an electronic device designed to synthesize the human voice. After 1976's Brandenburg Concertos 3-5, Carlos and longtime collaborator, Rachel Elkind, wrote the score for Stanley Kubrick's 1980 adaptation of Stephen King's The Shining. Two years later, she wrote music for Tron, Disney's action movie about video games. Subsequent efforts include a spoof of Prokofiev's "Peter and the Wolf" (recorded with "Weird Al" Yankovic) and Switched-On Bach 2000.
Sites:
wendycarlos.com, Wikipedia, synthmuseum.com, imdb.com
Aliases:
Walter Carlos
Variations:
Viewing All | Wendy Carlos
Carlos, W. Carlos, W.Carlos

In her Columbia/CBS years, she's an absolute master of the modulars without exaggeration; every inch of all possible electronic realisations, compositions and everything can be traced back to none other than her. Some find her synths to be very clinical and robotic, but I think it's the primitiveness of the synth and the constant shift of the timbres (hocketing in her own words) and the constriction to just purely a synth (no way you'll find a drum machine or easy listening type ensemble here) that appeals to and interests some listeners.

BUT after listening to Digital Moonscapes... Beauty in the Beast and Secrets of Synthesis, it is apparent that even when she's experimenting with things beyond subtractive synthesis and modulars, she's hit a home run at the ball park and dared to defy her fame as the catalyst of novelty Moog records. Look beyond the Switched on Bach Grammys and you'll find a great gem of knowledge.

June 9, 2021
Why are the release years messed up???? The release year is the original year the production appeared, and not some reissue date afterwards.
See 1 reply

October 18, 2014
I'm a Walter/Wendy Carlos music lover. Have nearly all the albums shown on this current list. Pardon me, but shouldn't the soundtrack to "The Shining" be on there? Wendy Carlos performed the excellent title track to that movie.
See 1 reply